ST. JAMES - According to Total Traffic and Weather Network, a Thursday morning crash occurred on LA-20 Both EB/WB south of Louisiana Highway 3127, and as of 8 a.m., area power lines are reportedly down. 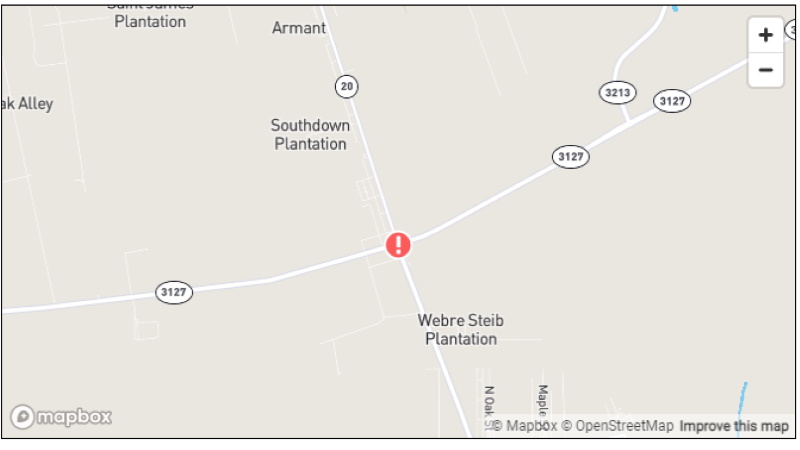 The wreck, which was initially reported around 5:30 a.m, occurred at La 20 and 643 in Vacherie and area traffic is being directed around accident, with vehicles being allowed to pass one lane at a time.