BATON ROUGE - The death of 19-year-old LSU student Madi Brooks, killed by a car after a night of under-aged drinking at Tigerland, has brought back haunting memories for one parent who says her son experienced a similar fate.

"I know that on the last evening of my 19-year-old son's life that he and his friends had spent time at Tigerland at at least one establishment, maybe more," Michelle Guillory said.

On the weekend of the LSU-Southern game, Tripp Guillory had driven down from ULM to visit friends.

"He and his friends had spent time that evening at Tigerland and some hours later while returning back to his friends apartment, on the opposite side of Nicholson Drive, he was struck by a vehicle at the intersection of Nicholson and Bob Pettit," Michelle said.

Guillory died in the hospital several days later. His death never made headlines, but several other fatal accidents have.

In the last five years, there have been at least five crash related fatalities near campus area bars.

Just about a month after Guillory's death, 22-year-old Daniel Eme was struck and killed on Nicholson—just a block or so from the bar scene.

In 2019, 19-year-old Sarah James was killed while crossing the intersection in front of Tigerland.

19-year-old Blake Cordes was killed in the same location in 2018. 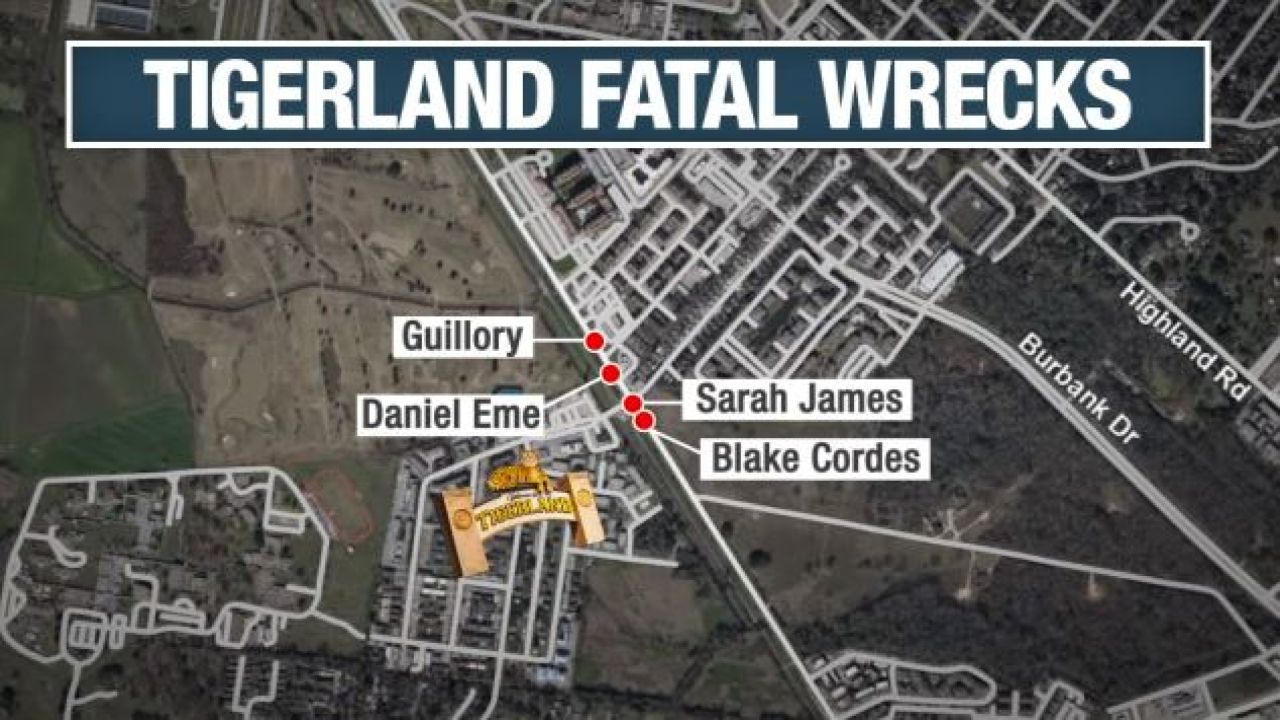 That list doesn't include people who were injured, but survived, or the handful of students who have been hit by a train that goes directly through the entrance to Tigerland.

It may also be missing cases like that of Guillory; people who died days after an accident.Their deaths are rarely reported to the media.

"There's been other accidents there before. Unless something changes, there's clearly going to be more unfortunately," Michelle said.

Michelle believes the solution to these tragedies is simple. For her son, Madi Brooks, and likely several others, impairment on their part after being served alcohol—underage—may have contributed to their deaths.

"The best way would be to not let anyone below 21 in to the establishment because there are so many gray areas once they get in the door of how they can obtain alcohol once inside."

On Tuesday, Reggie's Bar agreed to hand over it's liquor license, effectively closing the bar until the ATC completes its investigation into how Brooks and the three under-aged men accused of her rape were served alcohol.

They were denied and never reapplied.